During the early parts of the tax season, early filers are anxious to get details about their tax refunds. And in some social media, this can lead to misunderstandings and speculation about refunds. The IRS offers some tips to keep in mind. END_OF_DOCUMENT_TOKEN_TO_BE_REPLACED

PATH addressed many critical extenders, such as Section 179 expensing and the research tax credit. With those necessary provisions handled, the stakes this year are much lower. It’s unlikely that the House and Senate will take any action before they adjourn for several weeks leading up to the November elections. END_OF_DOCUMENT_TOKEN_TO_BE_REPLACED

Posted by admin on February 10, 2016
IRS / Comments Off on Many Taxpayers Recently Hacked

Many Taxpayers Recently Hacked on IRS.gov Where’s My Refund website.

The IRS reports that on February 9th, 2016, there Where’s My Refund had 1000s of attempts to view taxpayer information in an effort to hack many taxpayers.

The IRS recently identified and halted an automated attack upon its Electronic Filing PIN application on IRS.gov. Using personal data stolen elsewhere outside the IRS, identity thieves used malware in an attempt to generate E-file PINs for stolen social security numbers. An E-file pin is used in some instances to electronically file a tax return.

No personal taxpayer data was compromised or disclosed by IRS systems. The IRS also is taking immediate steps to notify affected taxpayers by mail that their personal information was used in an attempt to access the IRS application.  The IRS is also protecting their accounts by marking them to protect against tax-related identity theft.

IRS cybersecurity experts are currently assessing the situation, and the IRS is working closely with other agencies and the Treasury Inspector General for Tax Administration. The IRS also is sharing information with its Security Summit state and industry partners.

Based on our review, we identified unauthorized attempts involving approximately 464,000 unique SSNs, of which 101,000 SSNs were used to successfully access an E-file PIN.

The incident, involving an automated bot, occurred last month, and the IRS continues to closely monitor the web application.

This incident is not connected or related to last week’s outage of IRS tax processing systems.

The IRS announced that today January 19th, 2016 would be the first day of the 2016 IRS Tax Season. The IRS will begin officially(many people were accepted last week for testing purposes) accepting, approving, and issuing 2016 tax refunds today. We estimate many 2016 tax refunds that were accepting during the testing phase will have their 2016 direct deposit by the end of January 2016. The IRS estimates that 80% of Americans use direct deposit as their payment method. END_OF_DOCUMENT_TOKEN_TO_BE_REPLACED

The IRS announced the start day for 2015 tax return acceptance. Tax season 2016 to begin 1 day earlier than Tax Season 2015. ” when can you file taxes?” 2016 details below. END_OF_DOCUMENT_TOKEN_TO_BE_REPLACED

Find Out Why Tax Day is Delayed in 2016. You get three extra days to gather your paperwork and file your federal tax return in 2016. The tax deadline is April 18. 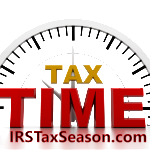 You can thank Washington, D.C., for the gift. Washington will celebrate Emancipation Day on April 15. The day is treated as a federal holiday, so federal offices – read IRS – will be closed. END_OF_DOCUMENT_TOKEN_TO_BE_REPLACED