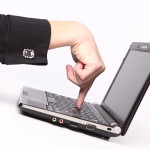 The IRS recommends filing as early as possible and e filing to speed up the process. This way no matter the delay, you will first in line to have your tax return processed and receive your 2015 tax refund promptly. IRS have released most tax forms to handle most situations, but even if they haven’t released your form you can still e file with most tax softwares. If you plan to e file with a local company then you will need to wait until the official start of 2016 IRS Tax Season, January 20th 2016.  2016 Tax Refund Back Quick Today! END_OF_DOCUMENT_TOKEN_TO_BE_REPLACED