The deadline for filing your 2009 Income Tax Refund is steadily approaching.

The IRS deadline for claiming 2009 Income Tax refund checks is April 15th, 2013. You will need to paper file your return by April 15th to claim your 2009 refund checks. This is for federal income tax refunds only. 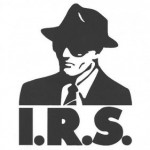 “Refunds totaling just over $917 million may be waiting for an estimated 984,400 taxpayers who did not file a federal income tax return for 2009, the Internal Revenue Service announced today. However, to collect the money, a return for 2009 must be filed with the IRS no later than Monday, April 15, 2013.”

“By failing to file a return, people stand to lose more than refund of taxes withheld or paid during 2009. In addition, many low-and-moderate income workers may not have claimed the Earned Income Tax Credit (EITC). For 2009, the credit is worth as much as $5,657. The EITC helps individuals and families whose incomes are below certain thresholds.”