We have received hundreds of reports that the I.R.S. has been accepting tax returns before January 31st, 2014. It seems that they have started accepting select few income tax returns on January 24th 2014. We contacted the I.R.S. on that day and were told that to help with the case load, they have accepted some returns early. They plan is to accept returns all next week that meet very strict rules. We have adjusted our 2014 IRS E-File Cycle Chart to match with the reports that we have received.

Please comment on here when you were accepted, so that we can keep see if they do a pay out on January 29th. This would be in line with 2012 and 2011 tax returns.

From Hot Springs Tax Services: “We have had several clients who filed within the last two weeks have their Federal Tax Returns accepted by the I.R.S. We have received news from the IRS that first payout date will be February 5th still. The early acceptance just means that they will process it before returns that come in a later date. Just a reminder, there are no guarantees when it comes to the I.R.S. We also have had several reports of people receiving their 2013 state income tax return in. This has come from several states. We have had two of our clients report receiving theirs in Arkansas.”

“We have received your tax return and it is being processed.

You should get your refund within 21 days from the date we received your tax return.” 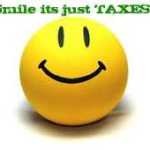